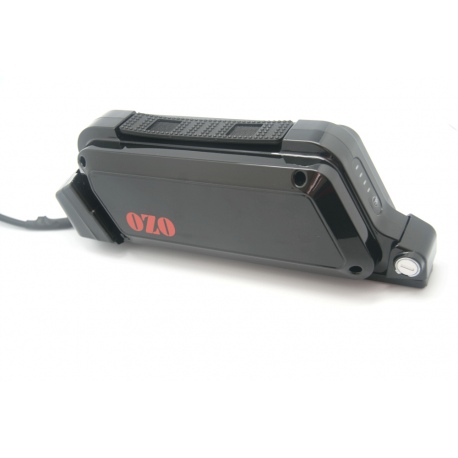 This battery 36V 14.5Ah (522Wh) Box Panasonic with high-end mounting rail, you will power a powerful engine and offer a large reserve of energy.

It is compatible with all our electric kits for 36V bike.

This high-end battery is equipped with an intelligent BMS (Battery Management System) which controls the temperature, regulates the charge, the discharge and the balancing of the cells in order to preserve the performances and the lifetime.

This bike battery is equipped with a black ABS fairing that protects it from shocks. The head of the battery integrates a gauge of autonomy with leds. A carrying handle will allow you to carry it easily.

The battery holder is mounted in place of the canister door. It incorporates a lock to lock the battery on the bike.

Dimensions without the fixing rail

The Panasonic Box battery has a capacitive LED indicator. That is to say, the LEDs go out according to the amount of energy consumed and not according to the voltage decrease as on the traditional gauges, which gives you a better accuracy.

Pressing this button turns the battery on or off.

If you do not use the battery for more than two hours, it will turn off automatically.

The Panasonic Box Battery comes standard with an Anderson Powerpole Power Connector for a perfect fit with your OZO Electric Motor Kit.

The charging socket is located directly on the battery allowing it to be recharged on its support or outside.

You can also use the bracket base (which is detachable from the bracket) to put the battery in your backpack.

Possible locations on the bike

2D plan of the battery 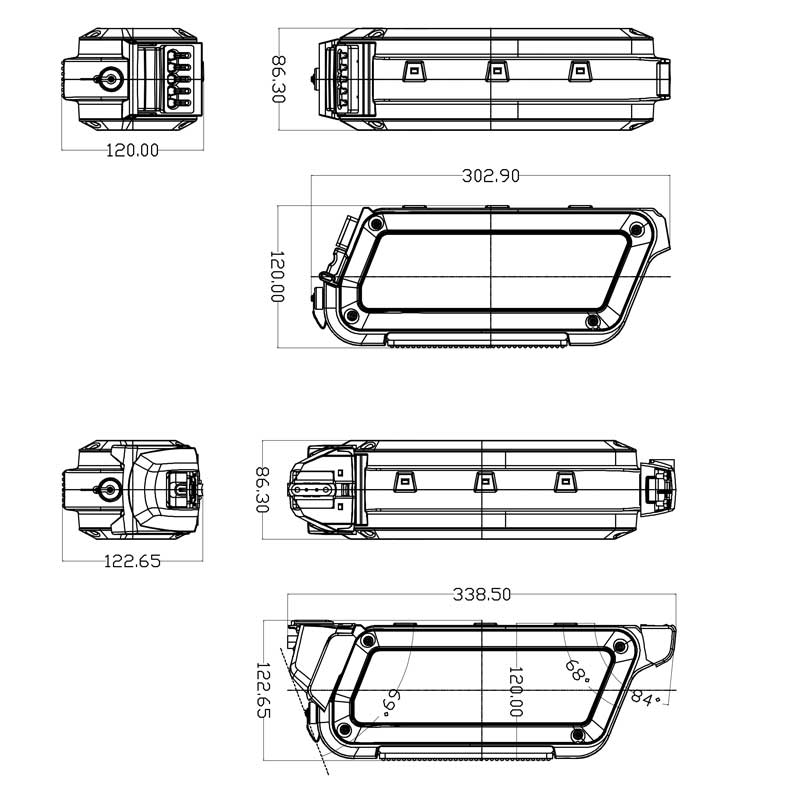 Here are some examples of achievements equipped with this battery box for bike :