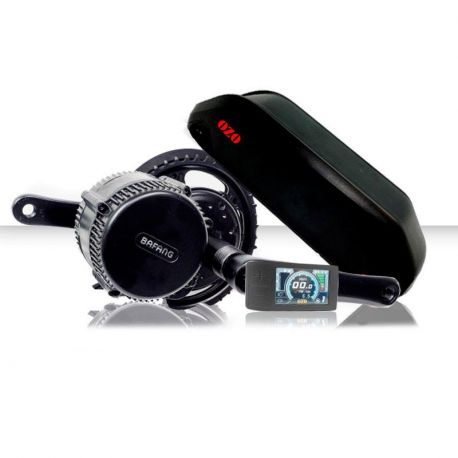 TUTORIAL ON THE CONFIGURATOR’S OPERATION

No.1 in the world of bicycle motor manufacturing, the reputation of Bafang brand is well established. Reliable, quiet and terribly effective products. OZO is Bafang's official distributor since 2010.

The BBS01 central motor, offers a torque of 80N.m which puts it above all others 250W mid-drive motors on the market.

This torque will be able to reach 100N.m with "short transmission" in option and our optimized cartography.

In addition, it is also quieter than competing motors thanks to its field oriented controller.

The Bafang central kit motor can be installed on 90% of traditional bicycles without any modification to the existing frame.

Another advantage and not least, this motor has been developed to maintain a traditional bike transmission, you can ride like on a standard bike with 44 teeth or 46 teeth gear and not a small 22 teeth as some brands, we offer in option double gear assembly, allowing you to ride on any trail.

The Bafang BBS01 central motor kit is delivered standard equipped with a pedal sensor built into the motor.

We offer the 36V BBS01 central motor kit in two different versions: 250W 25Km / h or "Optimized" version with low time response and fast acceleration curve. Note that for these two versions, this is the same kit, only the motor mapping differs.

We offer a range of four displays to control your Bafang BBS mid-drive motor.
All our displays offer 9 standard assistance modes, but you can also choose to split the power only over 3 or 5 modes.
By the way, you can set by yourself the maximum speed that you want to reach via the pedal assist.

You’ll have to power your Bafang BBS01 central motor with a 36V battery. All 36V batteries in our catalog can fit with this motor. You have to choose the right battery capacity according to the distance that you would like to reach.

For example, a 500Wh battery, you will offer about 70Km of autonomy on mixed course with an medium level of assistance and up to 100Km in Eco mode.

If you choose a 1000Wh battery, you can double your autonomy since it is directly proportional to the battery energy. The second way to consider when choosing the battery will be where you want to install it on your bike.

For this we offer two sizes of batteries: "PVC" batteries or Box batteries.

CAN I INSTALL BAFANG CENTRAL MOTOR ON MY BIKE ? 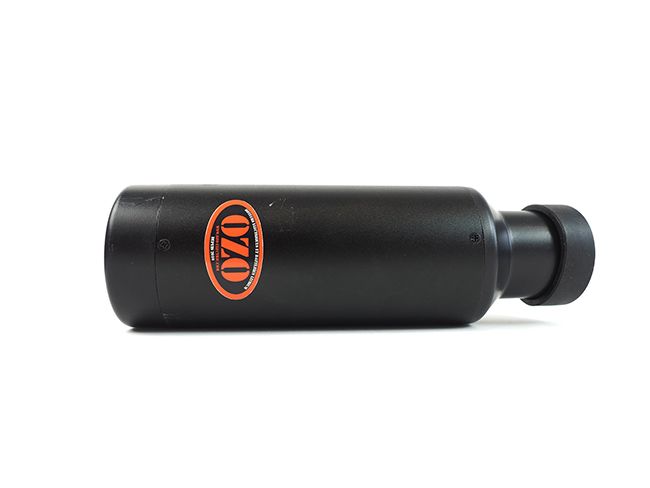